A look back at what made Telecommuter Forward! possible

Earlier this year, the Wisconsin legislature passed a law paving the way for cities, villages, towns or counties to earn the designation as a Telecommuter Forward! community. That certification is a victory for local communities looking to become a home for new businesses and remote employees. But some Norvado customers and Wisconsin residents might be wondering how we got here.

In fact, Telecommuter Forward! is just the most recent step in a four-year effort to expand broadband capabilities throughout the state.

“We’re looking at Telecommuter Forward! as the third chapter in Wisconsin’s broadband expansion story,” says Angie Dickison, state broadband director at the Public Service Commission. “It’s our way to recognize communities that have brought broadband infrastructure to some wonderful parts of our state that would be great places for folks to telecommute from.”

Since 2014, Norvado has worked closely with organizations like the commission and Wisconsin State Telecommunications Association to draft new laws and create opportunities that encourage broadband development throughout the state.

The grant program was launched four years ago by Gov. Scott Walker as a way to help private broadband providers offer their services in underserved areas of Wisconsin. For the commission, underserved is defined as any region where less than two companies provide broadband service at 25 Mbps for downloads and 3 Mbps for uploads.

The state has awarded 101 grants, totaling $13.1 million, through the Broadband Expansion program. Another $7 million in grants is planned for this fall.

The goal was to help private broadband companies with the financial challenges of installing service in less densely populated parts of the state. “Our hope with the program is that our state funding helps the private funding go a little bit further,” says Dickison.

The availability of these grants has incentivized providers to approach communities about installing broadband infrastructure in their area. But Bill Esbeck, executive director of the WSTA, has also been excited to see communities partnering with broadband companies to bring high-speed internet service to their area.

“In many cases, it’s communities putting some skin in the game and making a contribution to the actual investments in a way that can help the business case make sense for providers,” he says.

One area where the broadband expansion grants have already born fruit is Land O’Lakes, where Errand Solutions is opening a Solutions Center that will create 60 jobs. While the company is based in Chicago, CEO and founder Marsha McVicker is a property owner in Land O’Lakes.

“She had landed a rather large new client and was in the process of looking for a location for a new center,” says Dickison. “She decided to open it in Land O’Lakes, and one of the primary reasons was that broadband infrastructure.”

Two years after the state began offering broadband expansion grants, it took the next step by creating the Broadband Forward! certification for communities that are ready to partner with broadband providers.

To earn certification, a city, town, village or county needs to pass an ordinance that covers a few key requirements outlined in a statute passed by the state. Broadband Forward! communities must establish a single point of contact for any broadband infrastructure permitting projects, adopt clear timelines for processing project applications, and set reasonable fees for applications.

Currently, more than two dozen communities have earned Broadband Forward! certification. While not required to apply for broadband expansion grants, the certification sends a signal to providers that communities are ready to work with them.

“It’s a way to lay out the welcome mat for private sector investment,” says Esbeck. “It shows broadband providers that they will have a willing partner in the permitting process and not have to worry about the red tape that can hang up projects.”

That streamlined approach is especially valuable in Wisconsin, where long winters mean construction season is relatively short. For WSTA member companies, knowing there will be a set period for their projects to be either approved or denied helps them plan ahead.

Norvado already was working with Bayfield County Economic Development Corporation to highlight county business success stories that were using broadband to move or start businesses here as well as telecommuters.

“We were promoting compelling stories in the community through a co-branding campaign with the BCEDC titled Telecommuter Optimized.” says Norvado Marketing Manager Joe Kohegyi. “The video series was creating a buzz and the conversations we’re having with residents and businesses was starting to shift. Folks were surprised to learn what was capable right from their house. Chad Young and Scottie Sandstrom shared this with members of WSTA and the State Public Services Commission and it was the catalyst for Telecommuter Forward!.”

The establishment of the Telecommuter Forward! certification this year is the next step in Wisconsin’s broadband development, putting the focus on using existing high-speed internet connections to create jobs and stimulate economic activity, particularly in rural areas.

“Our service area covers a beautiful part of the state where I know many people would choose to live if they had the flexibility,” says Norvado CEO Chad Young. “The Telecommuter Forward! program not only creates opportunities for the people who already call this area home, but also opens the door for others to join our community.”

For Esbeck, that aspect of Telecommuter Forward! could be the most important, especially as rural communities across the country struggle with declining populations.

“With telecommuting you can have someone working remotely but living, paying taxes and sending their kids to school in your community,” he says. “It’s a way to keep rural communities vibrant and economically viable for the next generation. We’re certainly not done with the broadband story in Wisconsin, but I think Telecommuter Forward! is a unique chapter. 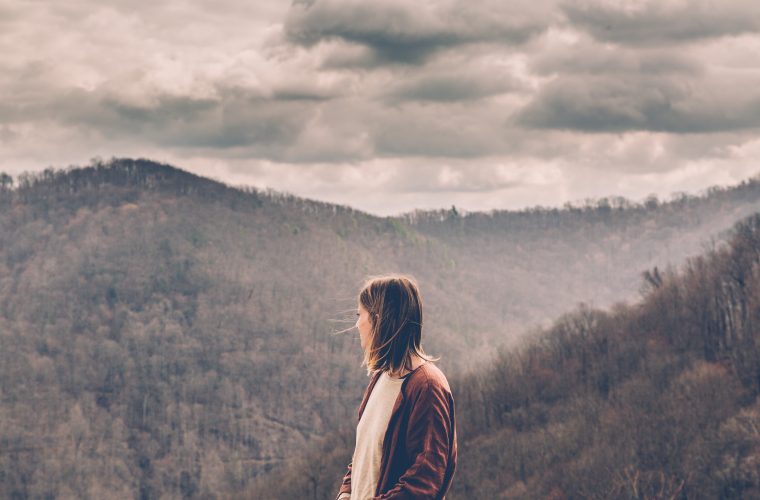 Effective March 1st, 2022, Norvado will no longer sell new email addresses to customers. However, we will continue to maintain and support existing email addresses. Going forward several changes will be made… 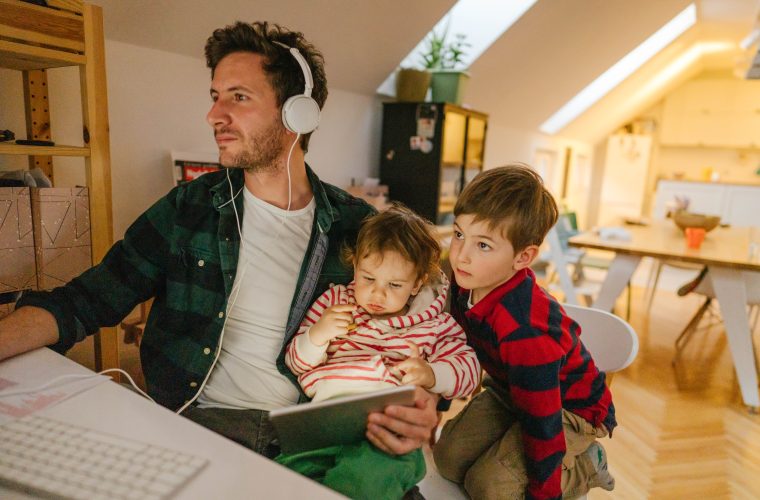 Buying Internet for your home can be difficult. There are a lot of factors, and let’s be honest, a lot of technical jargon. What exactly does megabits per second or download speed… 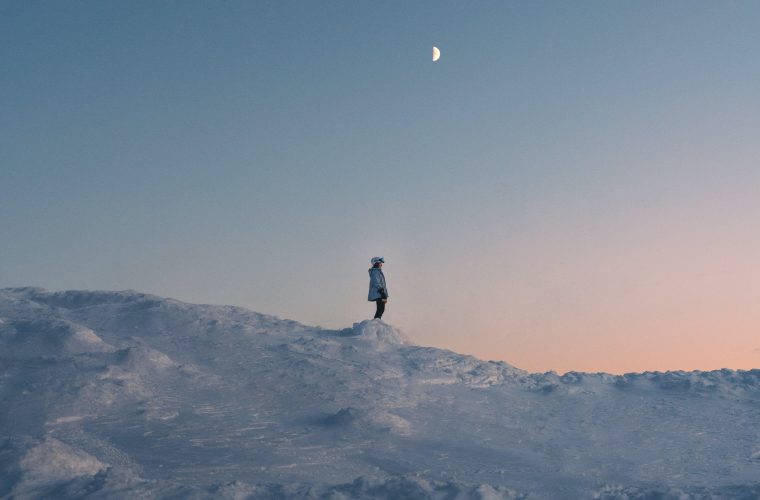 What are Capital Credits?

Lieutenant Governor of Wisconsin Rebecca Kleefisch will visit Bayfield County on Wednesday to celebrate Norvado’s investment in fiber-to-the-home initiatives and the signing of Wisconsin Assembly Bill 917, which created the Telecommuter Forward! program.

Lt. Gov. Kleefisch’s visit will be hosted at Norvado, a cooperative telecommunications company that helped develop guidelines for the new bill. The event will include a speech, press conference, photo ops and a tour led by Norvado CEO Chad Young. The lieutenant governor is expected to recognize the efforts of businesses like Norvado that have helped communities become “telecommuter ready.” 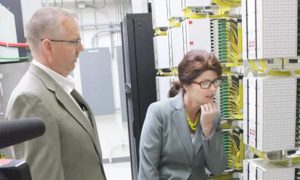 “It is a big honor for Norvado to host Lt. Gov. Kleefisch and show her our investment in making Bayfield County an inviting home for businesses and remote workers,” Young said. “Telecommuter Forward! will shine a spotlight on communities like ours that can deliver small-town quality of life along with the broadband connectivity that many big cities would love to have.”

Specifically, Telecommuter Forward! engages employers and broadband providers to develop telecommuter-capable broadband packages and promote telecommuter-friendly workspaces. The bill, signed by Gov. Scott Walker on April 16, encourages employees to build lives in an area that is telecommuter-optimized. “They can move to Bayfield County, they can send their kids to school here, and they can work remotely because of the opportunities created by the great broadband infrastructure,” said Scottie Sandstrom, executive director of Bayfield County Economic Development Corporation. “After initial conversations with Chad Young and Norvado staff, I contacted Angie Dickison, the Wisconsin State Broadband Director who then brought in the Wisconsin State Telecommunications Association and the Wisconsin Counties association to begin shaping the Telecommuter Forward! Certification legislation. Being on the ground floor of such ground-breaking collaboration is very exciting and rewarding.” Sandstrom added.

This new program allows a city, village, town or county to apply for certification as a Telecommuter Forward! Community, with a goal of stimulating economic activity by increasing job opportunities and awareness of telecommuting. Through an application process, a committee will determine which communities have earned the designation.

“As a member-owned cooperative, we’ve been using technology to improve the quality of life and economic conditions of people in our community for decades,” says Young. “I think supporting remote workers through Telecommuter Forward! is the next chapter in that legacy.”

Effective March 1st, 2022, Norvado will no longer sell new email addresses to customers. However, we will continue to maintain and support existing email addresses. Going forward several changes will be made…

Buying Internet for your home can be difficult. There are a lot of factors, and let’s be honest, a lot of technical jargon. What exactly does megabits per second or download speed…

What are Capital Credits?